The family reunion at Lemon Drop Lake in Crown Point, Indiana was a blast! I had a chance to meet with relatives from Ohio, Indiana, Texas, and New Zealand. Although the weather was unpredictable, it behaved on the day of the picnic. I had not seen my Aunt Patia for several years. She turned 96 years old this weekend and we celebrated her birthday at the picnic. She is my late father's oldest sister. We even had a chance to dance some Greek dances. Overall, an enjoyable weekend and much, much too short!  T-shirts were provided. Given that the majority of the people at the picnic are from Lipsi Island, I  donated copies of LIPSI'S DAUGHTER to each family that attended. 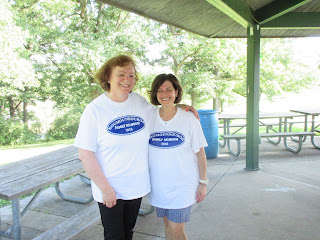 I am with cousin Patia who helped organize the event. 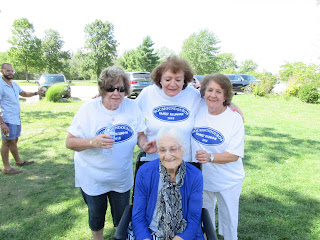 With cousins Helen and Filio and Aunt Patia. 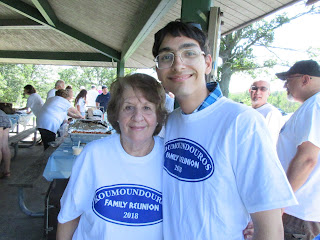 My son with Cousin Filio. 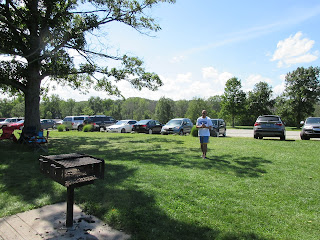 Relatives arriving at the picnic.

Posted by Patty Apostolides at 8:37 PM No comments: Links to this post